With the cost of LEDs becoming incredibly low over the past few years, new protocols were developed to drive large numbers of LEDs easily; the SDI was designed to convert our current DMX functionality into an ability to speak these new protocols. This is where serial data comes in; by this, we mean two types; Synchronous Serial Data (also known as SPI, or Serial Peripheral Interface) and Asynchronous Serial Data (which doesn’t have a cool, three letter acronym).

These protocols are less for your big LED facades and more for rolls of LED tape; cheap, plentiful and requiring a high-channel count. However, these forms of serial data have always had a downfall; the data transmission degrades really quickly over distance, meaning you normally have to connect your LEDs directly to the source. To get around that, our EDNs now have an accessory that can be located up to 200m away from the source (the EDN) for asynchronous, and 40m with synchronous.

This tips and tricks will cover setting up the EDN to output one of a variety of serial data through the SDI, as well as changes to patching that this entails.

To start, we will add an EDN to our project. By default, the EDN will be added in DMX Mode, which is our standard setting. 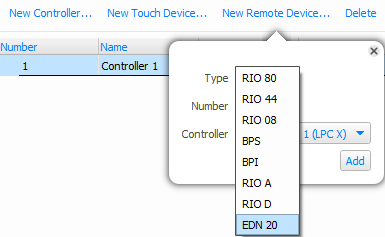 Next, select the EDN and check the SDI checkbox. With that checked, the Protocols combo box will now show serial protocols, such as SK9822, WS2801 or USC1903. These all have different timings and data structures, so make sure you pick the same option as your LED tape requires. 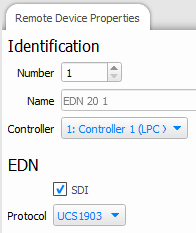 With that done, your EDN should now show that it is in SDI mode. If we then move to the Patch view, we will see a difference to what we are normally used to.

Patching to the SDI

The first thing we will draw attention to is the Patch Table at the top of this view:

Here, you can see that the EDN is now labelled as EDN SDI.

With the EDN in SDI mode is selected, you will notice that each port now offers 1536 channels (which effectively means three universes worth of regular DMX). 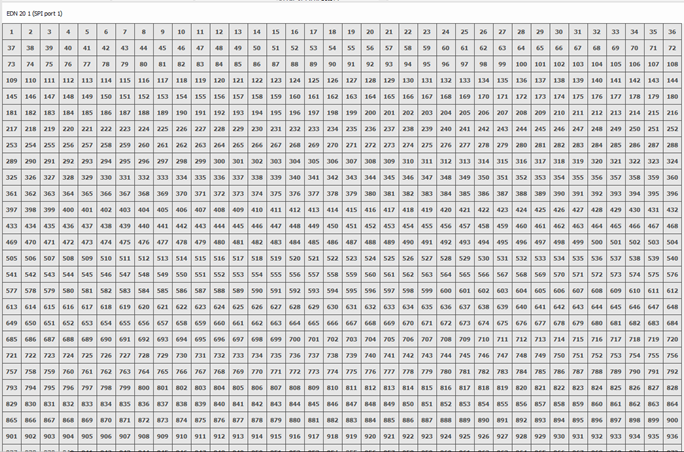 Note: Controller capacity is determined by channel count, not a hard limit on universes. That means, when using SDI, the total number of universes you can use may be less that you expect. For example, an LPC 60 would be required to fully patch an EDN 20 in SDI mode.

From here, everything works as you are used to; there is no additional steps to patching your fixtures, adding Timelines or Triggers.