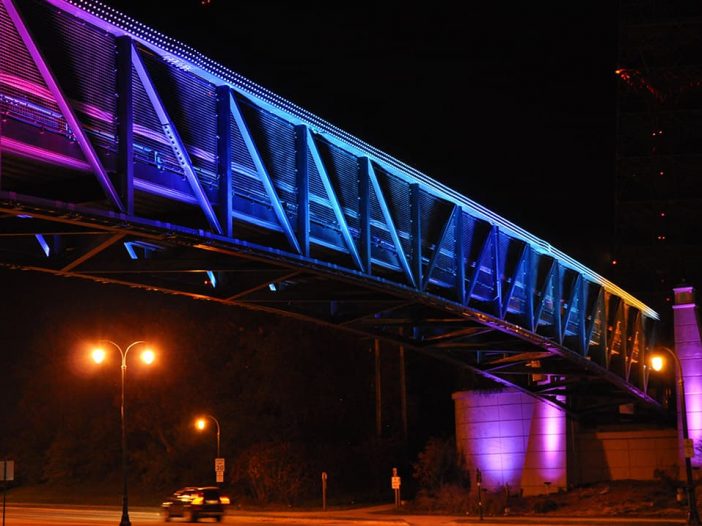 The Shorewood Public Art Committee in Wisconsin wanted to transform a prominent pedestrian and cycle bridge into a welcoming illuminated gateway into their community. Marty Peck of CLDE was commissioned for the project.

CLDE researched the history around the bridge and discovered the original old railway trestle had once carried the very first high speed luxury train, running from Chicago to Minneapolis. The train ran from the ’30’s to the ’60’s, and its passage was a major daily attraction in Shorewood. Along with several attractive general lighting states for the trestle, Peck designed a unique show combining light, sound and animation to create the illusion of a “ghost” train hurtling by.

To suggest the movement of the train engine and cars crossing the bridge, a continuous row of very narrow-beam LED’s located along the bottom bridge arch wash up and graze the side of the bridge. There are 312 programmable 12″ segments, which are sequenced to move from side to side in blocks of the train’s original yellow and green colors, suggesting the passenger cars. “Rivets” of 3200 programmable pixels along the top rail move at the same speed to suggest the passage of the headlight, windows and taillight. Sound effects were edited to realistically move and echo with the visual passage, through eight speakers and four 8kw amplifiers.

The Ghost Train runs once in each direction every night, at a similar speed and schedule as the historic trains once did. The show lasts under a minute. At other times there are 26 different artistic-themed lighting routines that each last 3-4 minutes, randomly shuffled to offer a continuously-changing dynamic colourplay of light and kinetic movement on the bridge. 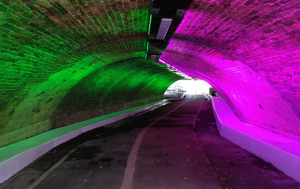 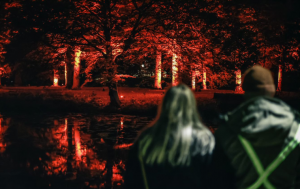 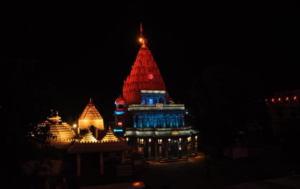 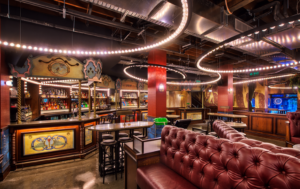 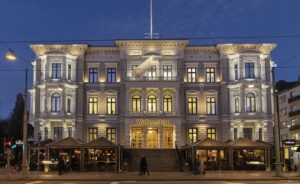